According to the legend, when Hernan Cortes arrived in Mexico in 1519, he ordered his men to burn their ships. This left them no option but to push forward and succeed or die trying. Now, if those were my two options, I can guarantee I would be working my butt off to succeed! Two years later, Cortes conquered the Aztec Empire.

When I was younger, if things didn’t turn out the way I wanted, someone or something else was always to blame. It was never my fault. Instead of searching for solutions, I had excuses. This also meant I made promises I didn’t keep – but there was always a reason for that. One of these was a promise I made to my grandfather; that I would finish high school. That seems a pretty easy and straightforward promise to keep right? My excuse for not keeping this promise was dyslexia. I was diagnosed with dyslexia when I was 14.

To most people dyslexia might just mean having difficulty with words and spelling. But it’s more than that. It affects your ability to remember things, to write neatly, to read quickly – all the things expected of a ‘normal’ student in mainstream education. I used my dyslexia as an escape route from fully committing to school.

And then when I was 17 my grandfather had a stroke, with doctors unsure if he would survive. Everything changed with that diagnosis. My grandfather was my best friend. He was the only person I felt who understood me and believed in me. He stood with me against the world. It was now my turn to stand with him and live up to his belief in me.

I changed from being a carefree kid who used school as an opportunity to be with my friends and chat up girls, to a serious kid studying hard to make up for lost time and taking a daily shift at the hospital to look after my grandfather. It was tough. But I was fully committed to my new path. I had burned my boat and there was no other option.

My grandfather was discharged from the hospital three months later. A year and half later I kept my promise and finished high school.

That experience has formed who I am today. Not only did my grandfather see me graduate from high school; he also saw me become a jumpmaster in the army, complete two university degrees and become a successful financial planner. I still struggle with my dyslexia, but I no longer use it as an escape route. Since burning that boat I’ve gone on to do things that I know I would never have done if that boat was still anchored and ready for me to escape in if the going got tough.

I think it’s pretty safe to say that 95% of the time, we all know what we need to do to change something; it’s the actual ‘doing’ bit that we don’t quite get around to doing. So, why is it so hard to ‘do’?

In making any change, the first step is to choose to step outside our comfort zone. I think the word ‘choose’ has lost a lot of its power today. We choose something, and then change our minds when that choice gets too hard. We don’t commit to the choice. We don’t burn the boats that could help us turn back to our old habits and ways.

Choosing to burn your boat can be a tough decision or a simple decision. It all depends on your ‘why’. Do you have a strong enough reason to burn your boat? It needs to be something that will keep you pushing forward even when you don’t seem to have the time, energy or resources to take another step.

How do I burn my boat?

I often find it helpful to write down my reasons. Partly to get all my thoughts down. Partly so I can pull them out again at a future date, when I need a reminder from the motivated me to keep the tired me going.

Once I’ve made this written commitment to myself, I then make my intended decision public to friends and family. This part is very easy in today’s digital age. Ever since my boat burning, I pride myself on being a man of my word, so telling people I’m going to do something is as good as doing it in my book. So, it’s another way of keeping me accountable and pushing forward when the going gets tough – my reputation is at stake.

And finally, I take action to make things happen. Never giving up. Always searching for new ways to achieve my goal when the old ways don’t work.

What does this have to do with my money situation?

Have you ever tried saving money, but found yourself dipping into your savings because there’s something you just have to have?

Have you ever made a budget, but found yourself throwing it out after a few months because you just weren’t sticking to it?

I think it’s pretty safe to say that in both cases you probably hadn’t burnt your boats. There was a retreat option, possibly fueled by doubt that you could actually stick to a savings plan or budget. But at least you gave it a shot, right? Well, that depends on what you did next.

Did you just give up? People who burn their boats don’t give up.

Did you try doing the exact same thing again? People who burn their boats learn from their failures and search for new ways of doing things to achieve their goals.

Albert Einstein is generally credited with saying, “The definition of insanity is doing the same thing over and over again, but expecting different results.”

If you want different financial results than what you’re currently getting, you have to try different approaches until you achieve your financial goal.

Safety nets, escape routes and plan B can protect us from pain and injury. But they will also limit the greatness within you.

How different would your life be if instead on focusing on the pain, difficulty or possibility of failure, you focused on the fact that your boat was burning and there was no turning back. How fully would you show up each day? What could you achieve?

Do you have a boat that needs burning? What’s holding you back? 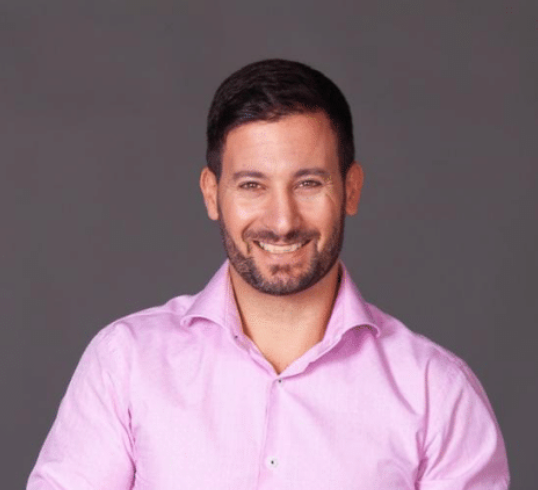 Hi, I’m David, a personal financial trainer. I believe it’s not about how much you have. It’s about what you do with what you have that counts. Like a personal trainer for your finances, I’ll coach you on how to take back control of your finances and reach your financial goals without having to give up what really matters to you most.